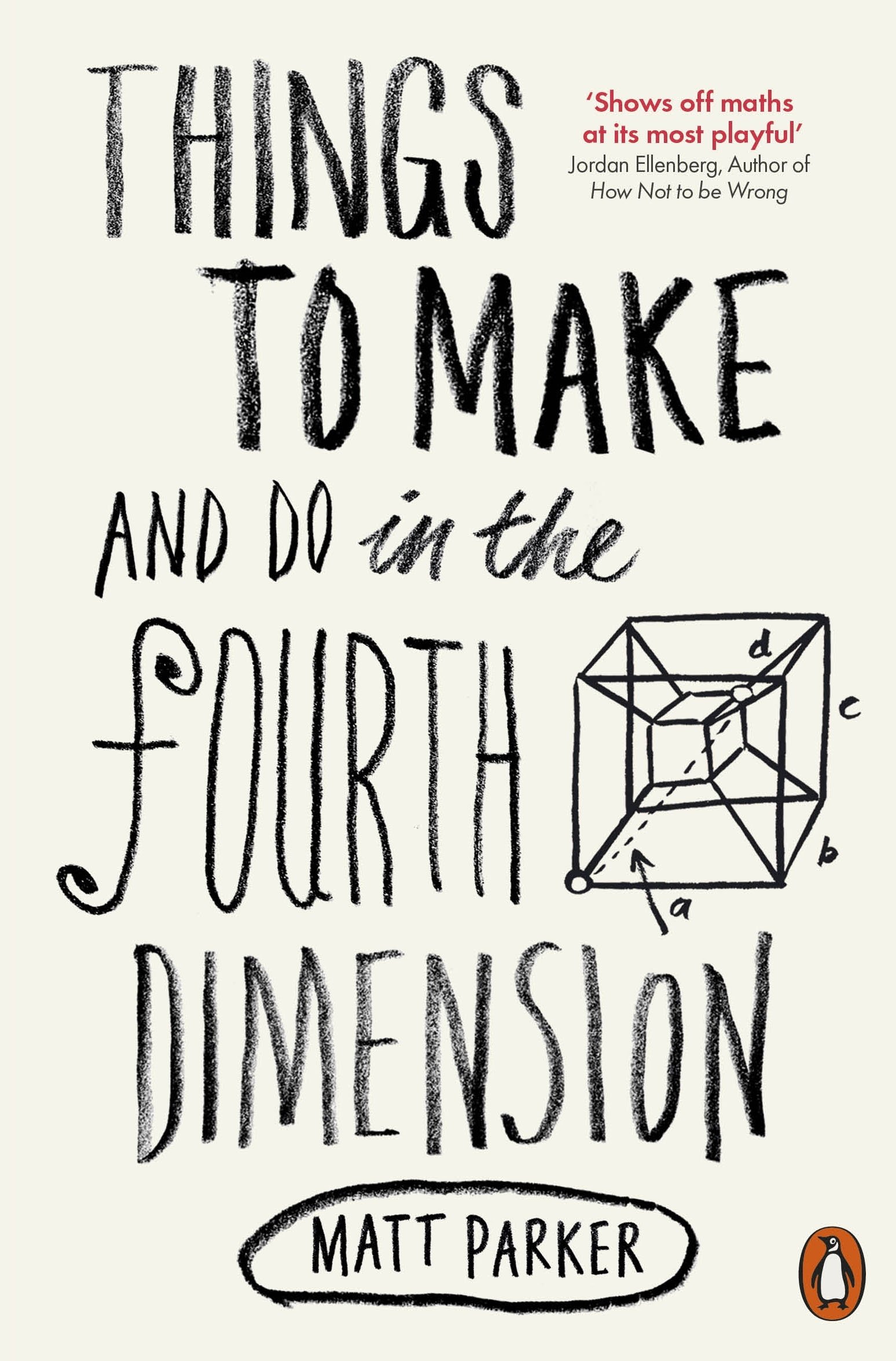 Book Review: Things to Make and Do in the Fourth Dimension by Matt Parker

I was expecting a funny read of math curiosities and indeed there was plenty of humor and curiosities in this book in the style of Matt Parker (Google him and watch his videos, he’s great); but this book had much more than that.

Some parts of the book were not easy at all. I’m glad things were not dumbed down too much for us plebes. Some parts I couldn’t understand a lot and I just skipped them. Mind you, this was bed-time reading for me, so, I didn’t put a huge effort into it.

Something that surprised me when reading this book is how much we don’t know. From studying math in school and college it feels like we have most of it figured out, but I like how often Matt points to corners of the math world that don’t look, but probably are, too complex and they are not know or resolved at all. Similarly, how much of the math that we know is rather young, as in 20th century or second half of the 20th century.

I’m happy to recommend this book to everybody that enjoy maths but for people that don’t, they should read this book, as it might change your mind.