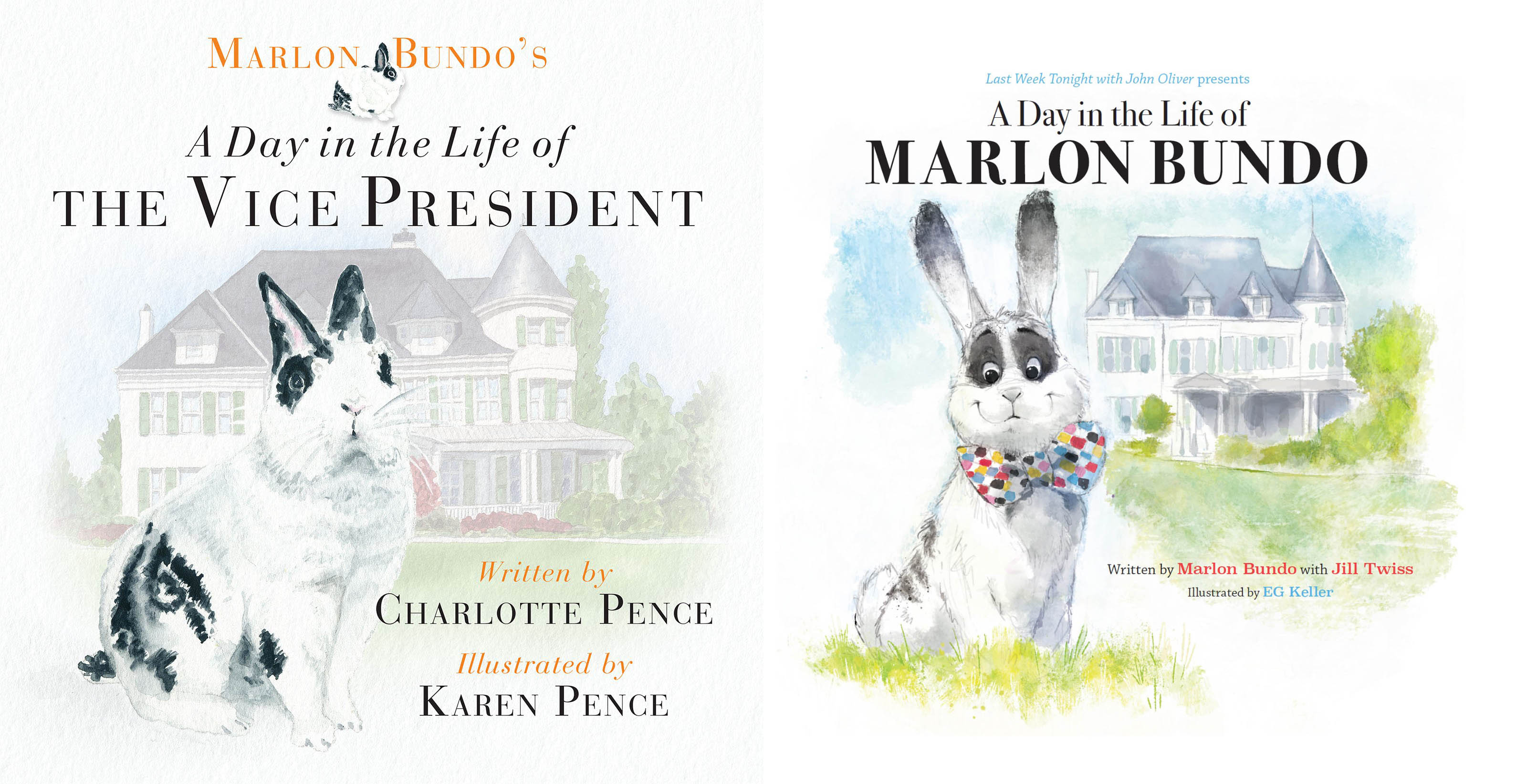 If the online world voted, we would have a better world

How can you make a counter book against a children’s book? Well, Mike Pence is known for being homophobic, for his views that women should not be in the military. Trump even said, regarding talking about gay people “Don’t ask Mike, he wants them all hung”. John Oliver’s book is about gay bunnies getting married. It’s promoting the values that Mike Pence is against.

I’m not a democrat, I’m not a republican, I’m not a feminist (that one is a bit more complex), I’m not gay, I’m not a Tory, I’m not labour, I’m not black. I’m socially liberal, fiscally conservative person. Or something like that. I do believe that tolerance is a good thing, including letting people chose who they love, who they marry, etc. From that point of view I dislike most conservative governments, from Trump’s to the one in the country I live in, the Tories (Theresa May).

I don’t understand how Trump got elected. I do understand why the group of people that voted for Trump did so. There’s a sector of white middle and lower class in the US that feel disenfranchised as their jobs, their way of living, is disappearing. I don’t believe Trump will solve it, but the problem exist and thus people suffering from it were very likely to vote for Trump.

Back to the bunny book, look at the reviews for Mike Pence’s book, Marlon Bundo’s Day in the Life of the Vice President:

and now look at the reviews for John Oliver’s book, A Day in the Life of Marlon Bundo:

Since an election is nothing else than a popularity contest, where were all those people that are writing reviews on Amazon on voting day? This is a message for everybody, no matter what you believe or what country you are in: get out of your lazy ass and vote!

There are various confounding factors that I want to address:

One response to “If the online world voted, we would have a better world”