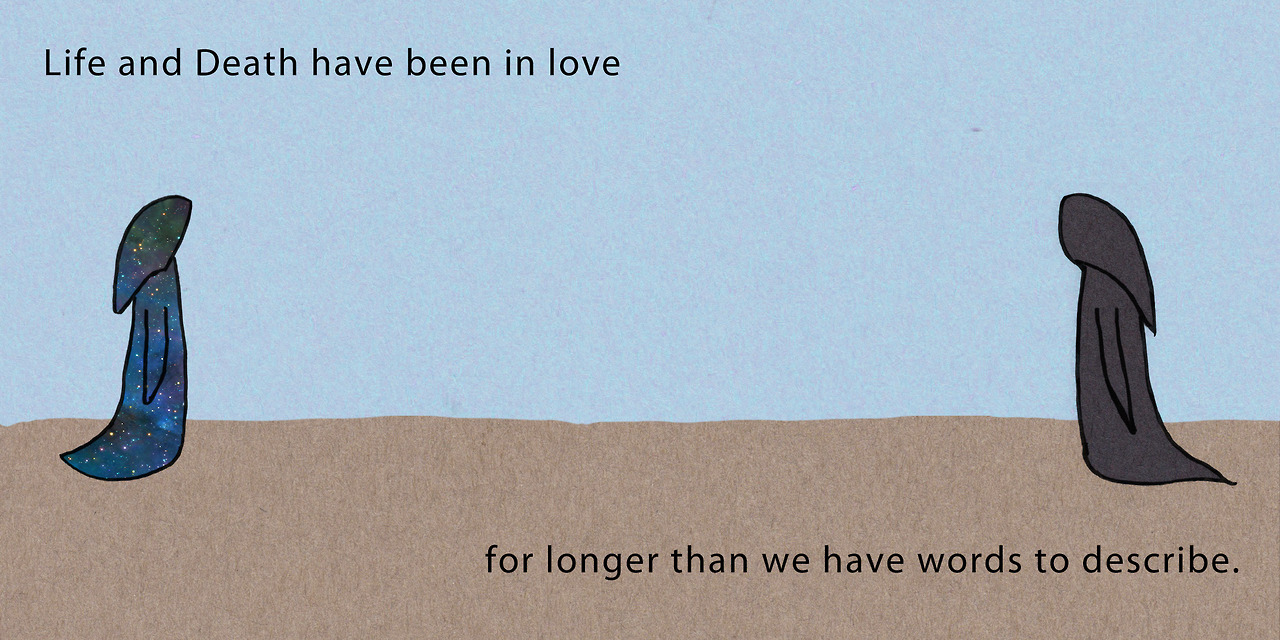 I recently saw a comic about life and death and it bothered me. The comic shows life and death as two equal figures interacting and I think that’s incorrect. It feels like a false dichotomy. They are not both sides of the same coin. Life is the face of the coin, while death is the side of the coin. Death is limiting life, and the farther away it is, the more life we have.

The reason why I think this is important is because I people over value death. They say things like “we can’t have life without death”. For me, that’s like saying “We can’t have nice things without also having nice broken things later”. It’s true that a nice broken thing is a byproduct of a nice thing, but it’s not essential for its existence. A nice thing that lasts forever is awesome.

I think this is mostly bullshit that people make up to be at peace with the prospect of dying. It’s as much bullshit as the after-life or reincarnation, it’s just a non-religious non-spiritual one.

The big social implication about this is that it ostracises life extension. People enjoy living until they are 80 even though that would have been rare a few of centuries ago, but when people dream of extending it to 800, that’s wrong.

For example, I can’t believe that more people are not signing up for Alcor or the Cryonics Institute, something that thanks to the trick they play with life insurance is affordable by many, many people. When the OpenWorm project run a Kickstarter it clearly stayed away from the implications of life extension by brain emulation. The only reason why I gave them the biggest donation I ever gave to a anyone is because a friend explained it to me well before the Kickstarter. Actually, if they would have just asked me for money I would have said yes, their campaign made me hesitate.

I leave you with an interesting old TED talk about life extension:

3 responses to “Life and death”