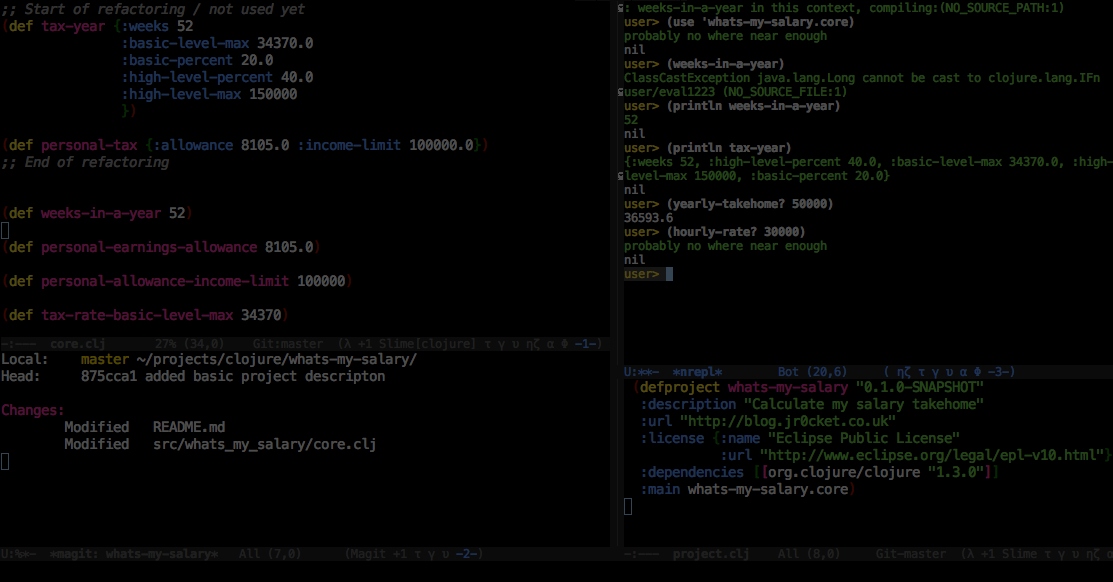 Emacs is a very powerful text editor and its popularity amongst Clojurians is easily understood. Emacs has a long tradition in the Lisp communities as it’s written, in a big part, in a flavor of Lisp called Emacs Lisp.

Because of its history, it handles Lisp code wonderfully, with automatic correct indentation, paraedit, integration with REPLs, etc. But Emacs is really hard to use.

Yeah, most Clojurians know how to use it by now and they suffer from bias: “it’s not that hard” they say. Learning Emacs or Clojure is hard enough. Combining them is insane.

Many Clojurians also say it’s worth it. And again, I think they are biased. Human brains are very good at forgetting pain. Other editors these days are also very powerful and although not as much as Emacs, their usage is intuitive so you can achieve a higher level of proficiency just by using it, without spending time and effort in becoming better at it.

The way Emacs is hurting Clojure is by Clojurians maintaining this myth that you need to use Emacs for Clojure. This is not done by simple statements but by a general culture of jokes saying things such as “you are wrong if you don’t use emacs”.

Me, personally, I don’t care what editor you use. If you want to learn Emacs, go for it. Intellij and Cursive is much easier to use and almost as powerful. When I compare myself to another clojurian, productivity is generally decided by knowledge of the language and libraries, not the editor. If you want to use another editor, so be it. It’s better if they understand Lisp code but it’s not a deal breaker for learning Clojure.

I do care about the success and popularity of Clojure. Coupling the growth of the language to the use of an editor that is hard to use and non intuitive makes no sense. It’s hurting us. Even if you are an Emacs power user, when you talk to a Clojure newbie, please, don’t push it down their throats.

38 responses to “Emacs is hurting Clojure ”