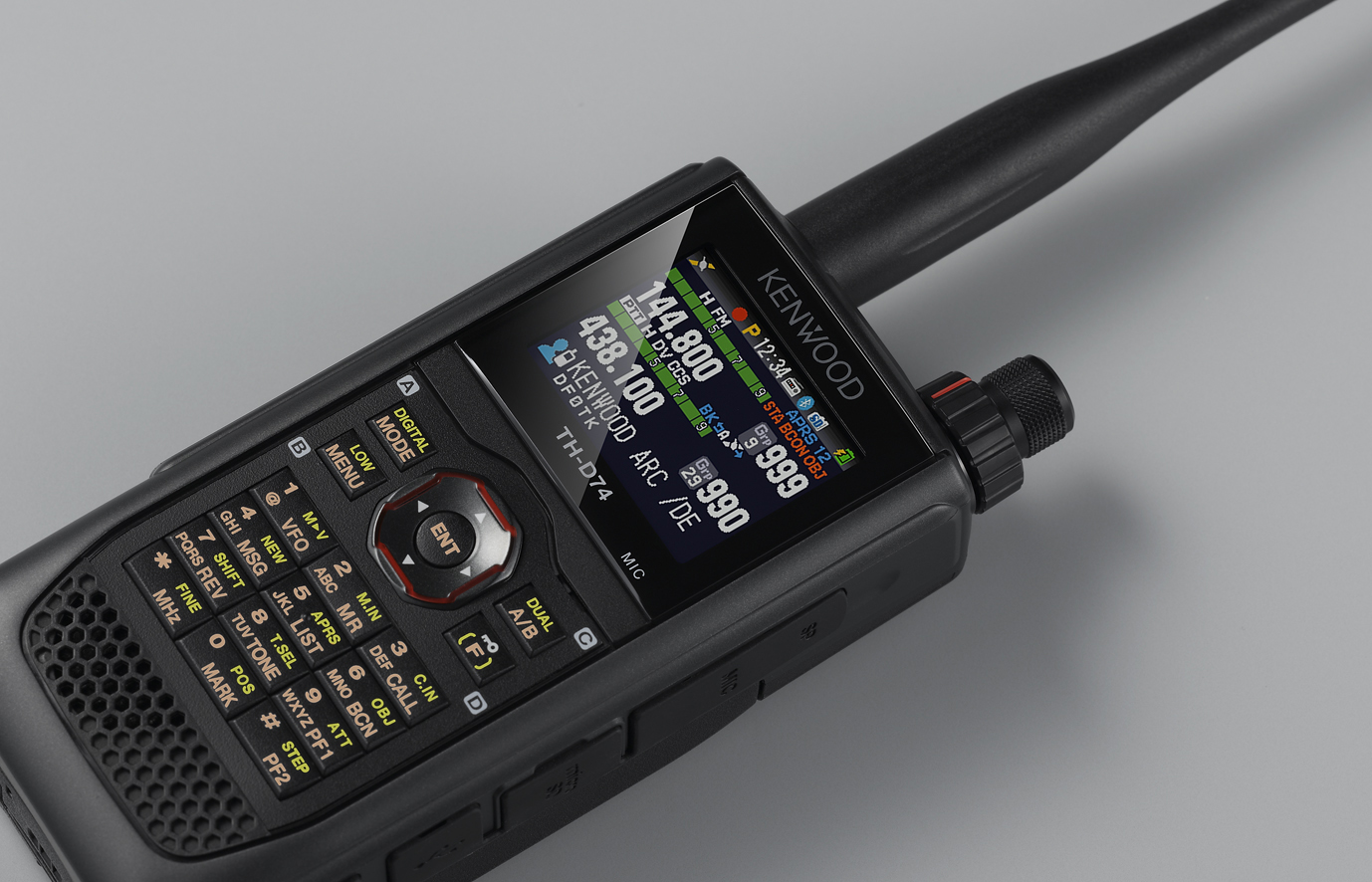 Trying to decide on a VHF/UHF radio

Next month, I’m taking my test to get a ham radio licence here in the UK. This is not my first licence. I’ve got LU5ARC years ago, as I was leaving Argentina, so, I never really got to use it. Years before that I’ve got a Yaesu FT411E, but I never transmitted with it due to lack of licence.

I don’t want that to happen again, so, as soon as I get my licence I want to hit the ground running and start using it. My plan right now is:

Right now, I’m concerned about step 1. These are the things I’m after, in this order of preference:

I could try to get everything now, or maybe do it in stages. I’m not sure yet. I narrowed down my selection to these 5 radios:

The ideal radio seems to exist and it’s the Kenwood TH-D74 (Buy: US). From what I’m seeing this piece of equipment is insane. It does everything and it does almost everything well (except maybe battery life). The price is also insane. If money was no object I would just get this radio and I’m done. I’d probably use it for many, many years.

The runner up is the Icom ID-51 PLUS2 (Buy: US, UK). It’s more than 35% cheaper than the TH-D74 and it does everything but APRS. From this list it probably has the most bang for the buck since there are two ways of doing APRS: through D-Star repeaters that have it enabled or with an extra piece of kit that you plug to it. The audio quality seems not to be as good as the TH-D74 but it still is great. Like the TH-D74, this is a radio to buy, keep and don’t think about equipment for many years (at least not hand-helds).

After these two, we get into the get a radio now with the intention of upgrading later.

The Icom IC-E91 cost less than half of the TH-D74 but I’m a bit puzzled by it. I cannot find a lot of reviews or information about it. It doesn’t seem to be a popular unit. It can do D-Star but to transmit GPS it requires an external GPS module that would put it close to the cost of an ID-51 PLUS2. When it comes to APRS, it’s the same story as for the other Icom on this list.

The Yaesu FT-60 is a good solid radio. It cost about a sixth of the TH-D74 and it only ticks the VHF/UHF boxes on my requirements so this is definitely one to get started and upgrade later.

A Yaesu FT-411E was my first radio and I always had a soft spot for Yaesu, so it saddens me that they decided to make their own proprietary protocol for digital radio. This is why you don’t see any higher end Yaesu models, I don’t want to use nor support System Fusion. I really hope one day Yaesu will start producing equipment with D-Star, then I will consider again buying their higher end models.

This would cost me the same as a pizza. It’s definitely in the buy something to get started and upgrade later. From a cost point of view, this is a no-brainier. I could just go ahead and buy one or two just for the lolz. I do have two issues with it:

The first is quality. Obviously I don’t expect high end quality, but I read some reports of horrible things. I don’t want to buy a paperweight.

The second issue is that I don’t know which one to get. Their line of products is a mess. In the UK they have a gazillion different models. They changed names three times (Pofang, Misuta). Their website is confusing and once I drill down on all the models, they seem to be all the same. If you look at their American presence, there they offer two radios with clear pros and cons, none of which are available in the UK.

Well, I don’t have one. I haven’t made a decision yet. I’d like to just buy a Baofeng now and upgrade later, but it sounds like I’m buying a problem. Getting the Yaesu seems a bit expensive for an upgrade-later path (but not too bad). Getting any of the high ends feel like throwing money for a toy instead of taking on a new hobby in a sensible manner.

Any word of advice?

4 responses to “Trying to decide on a VHF/UHF radio”