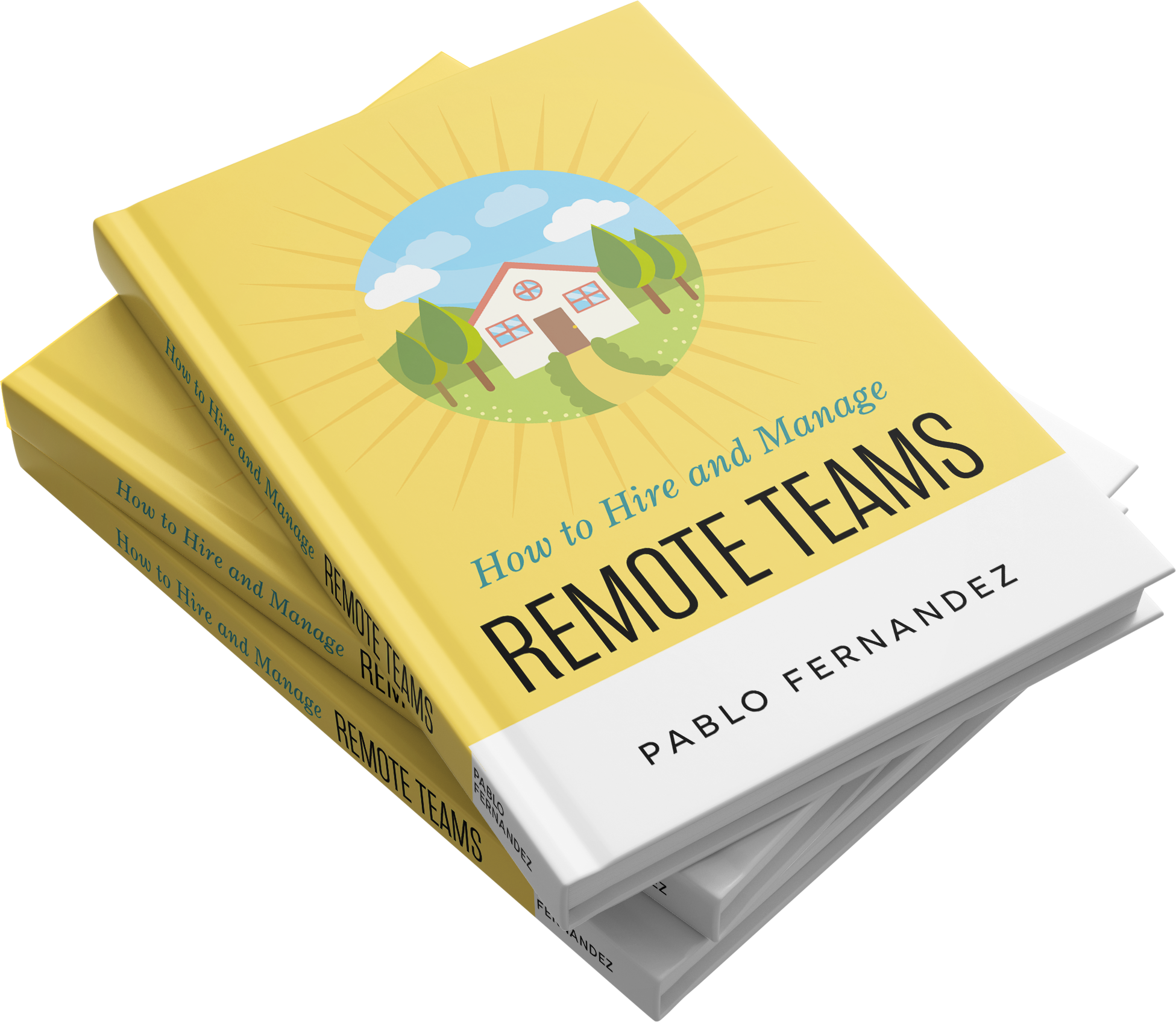 I renamed my book on hiring and managing remote teams, it was painful

Originally my book was called “Building and Managing Distributed Teams“. I loved that title and people in my social circle loved it too. A friend of mine even told me something along the lines of “I’m so envious I wish I had that title”. And for the two years or so that it took me to write, abandon, restart, abandon again, restart and finally finish the book, I was happy about the title.

As I finished writing the book and it went into proof reading phase, I thought I should try to market it a bit. I’m self publishing, doing everything, including promotion and marketing (hint: I can use your help in getting the word out). During conversations I had three different people ask me what I meant by “distributed”. The first time I ignored it, the third time I panicked.

I wanted to measure this, but I couldn’t find any way to do it. I tried Google Ads but I couldn’t make it work and no other method seemed to even be feasible. One of the problems I had is that I believe polls would be useless, because once you give context to “distributed”, I think everybody understands it, and it might sound better. I wanted to see how they behave in isolation. At any rate, “remote” won in polls, but not overwhelmingly.

Since I was going to change the title, I may as well consider any and all possible titles, not just a single word change, right? My friend, Justin Megawarne, came up with a very important point: the title doesn’t contain the value proposition. Think of the book “The Four Hour Work Week” by Tim Ferris. If it would have had a descriptive title, like “How to Delegate Work”, he would not have been a bestseller author.

I tried to find a value proposition title for my book. Companies struggle to hire, grow and manage in-office teams. This is a pain that exists. My friend and advisor works with many companies like that, he wants to recommend them my book, but he knows they don’t believe a book by that title has the solution to their problems. I tried to find a value proposition name for my book and I gave up.

If I remember correctly it took Tim Ferris weeks of research to come up with the title and cover of his book. I don’t have weeks to dedicate to this, in part because even with the perfect title and cover, without an editor and publisher, with just my own ability to market, it’s not going to have a positive return on investment. And thus, the new title was selected:

How to Hire and Manage Remote Work

I did introduce some extra changes. From the conversation with Justin I switched “Building” for “Hiring”, to have the keyword of the pain point a lot of companies are going through. I also asked Ana Bibikova for her opinion since she’s both a marketer and an author. She advised me to switch from imperative phrasing to “How to”. I’m not sure what the effect will be, I don’t have a strong opinion and I trust hers.

And now, the list of explored and abandoned titles:

I think some of those might come back as titles of blog posts.

One response to “I renamed my book on hiring and managing remote teams, it was painful”